Dragging ourselves out of bed wasn’t too hard with the sun shining through the curtains and beckoning towards a day of walking around and exploring Philadelphia. We had done a bit of research prior to heading into the city so that we wouldn’t have to wait long to start the day off right. After finding a nice and safe parking spot in an off-the-street garage (we didn’t want to be featured on the next episode of Parking Wars facing off against the notorious PPA) we reached Menagerie Coffee, which Bettina had pinpointed as the best place to start our day.

I must say the coffee was delicious and Bettina pulled out all the stops and ordered a soy matcha latte, furthering her love for all things matcha. Sufficiently caffeinated for the day, the next step was to grab a bite to eat, and when in Rome you must do as the Romans do. Only a block away we stopped by Sonny's for a classic Philly Cheesesteak. Our previous research for the best Philly Cheesesteak in Philly yielded passionate and conflicting points of view, with no conclusive “best” in the city.

Settling on the original Sonny's Cheesesteak, I can say with resounding conviction that it is the best and only Philly Cheesesteak I have ever eaten in Philadelphia. The thinly sliced steak and fried onions were smothered in gooey Cheez Whiz goodness, which nobody could possibly resist.

Now we were really ready to rock and roll. We walked the streets of the Society Hill neighbourhood, relishing the historic colonial architecture and laidback Sunday morning vibes of the area. This area of the city has been designated one of the great American neighbourhoods and was a pleasure to walk around and explore with a sensory overload of architectural details such as the Franklin street lamps dotting the cobblestone streets. 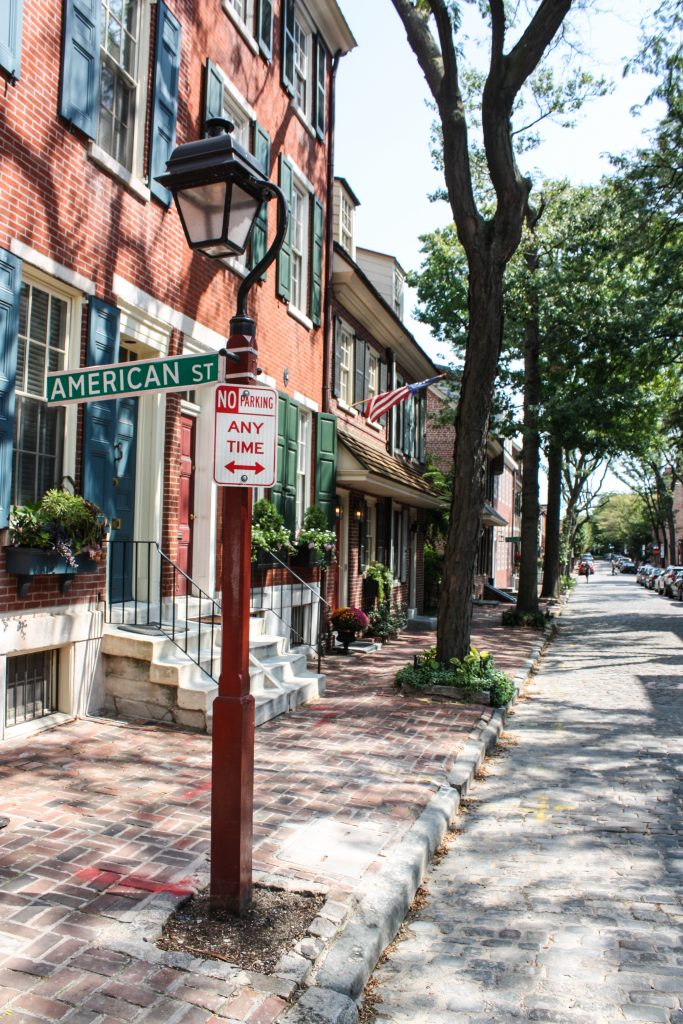 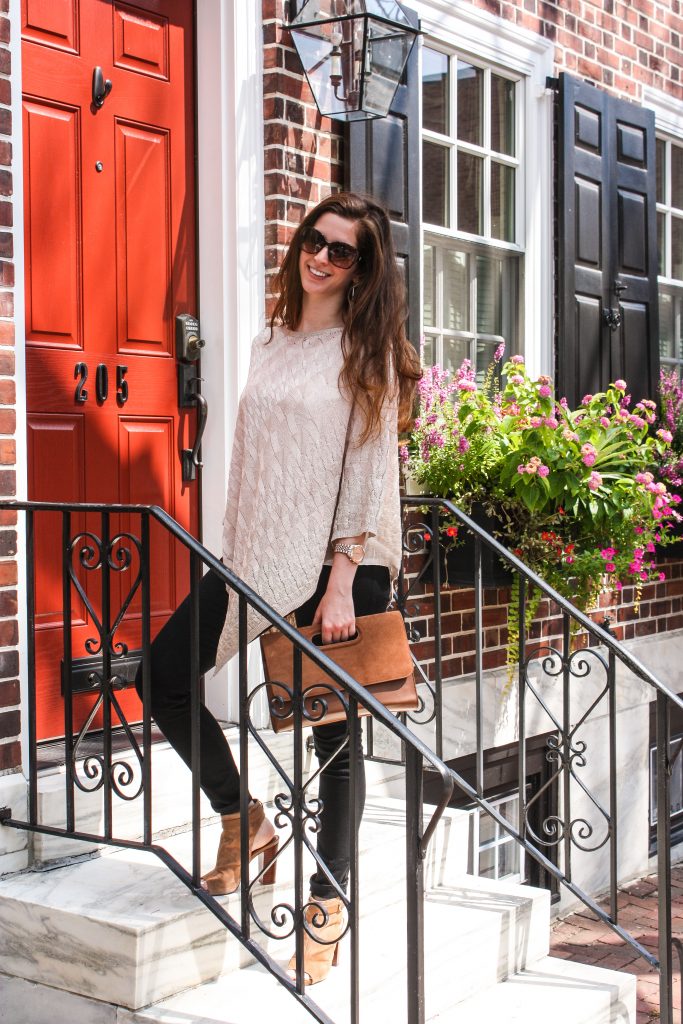 We continued our tour of the city through Center City to see some of the more typical tourist sites such as Independence Hall, Constitution Hall, and the Liberty Bell. The city is full of Americana, helped greatly by the fact that Philadelphia was once the nation’s capital. 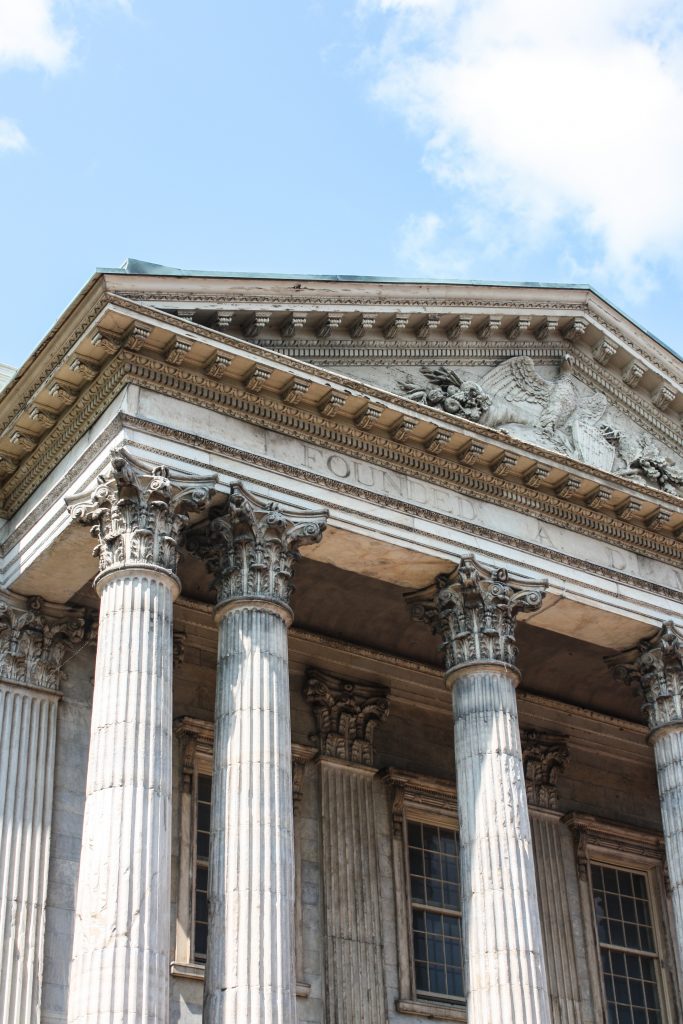 Some parts of the city were less than spectacular as we made our way through Center City to City Hall, however, we were rewarded once we got there. The imposing City Hall was surprisingly designed to be the world’s tallest building back in the 1870’s, though was eclipsed during its construction by a slightly more famous Parisian landmark. However, it still remains as the largest municipal building in the world, which is quite impressive. We thoroughly enjoyed the water feature out front, pretending to be half our age and running in and out of the fountains. 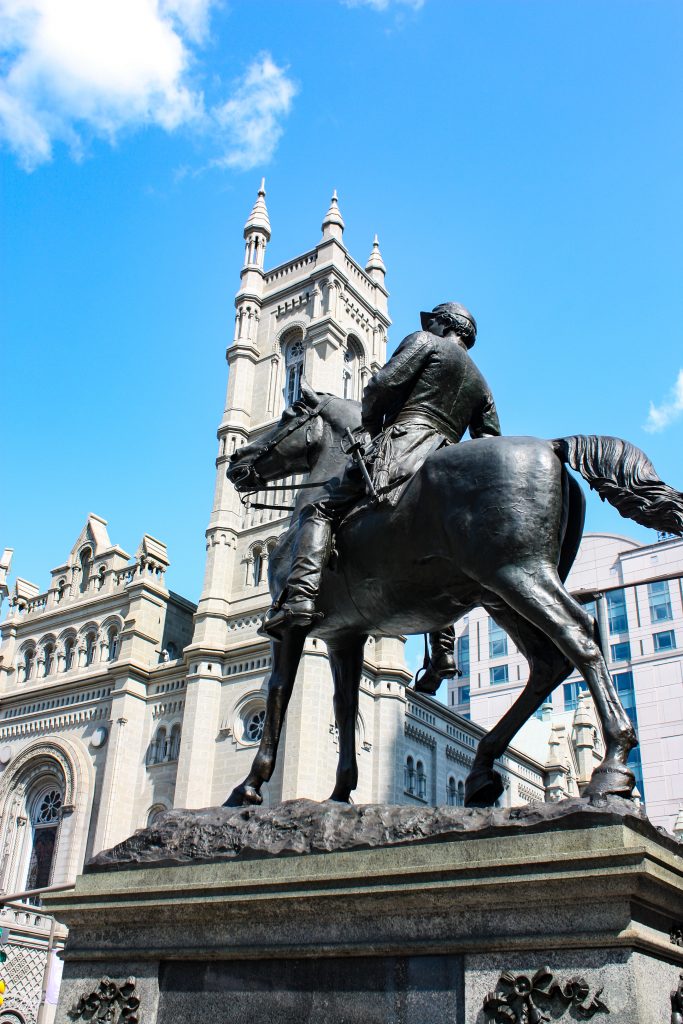 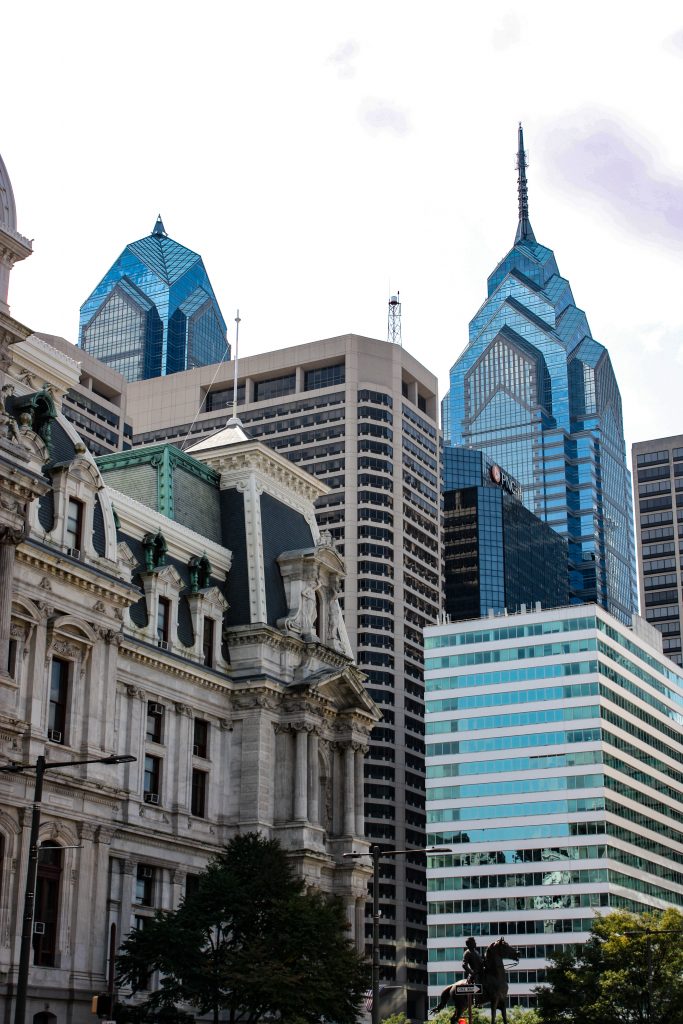 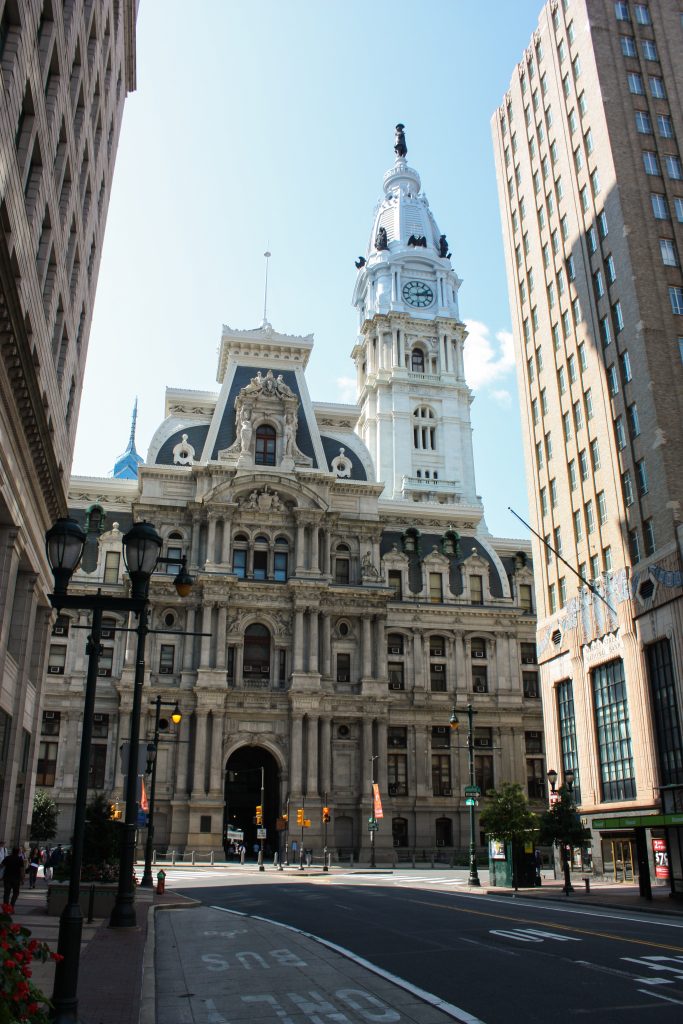 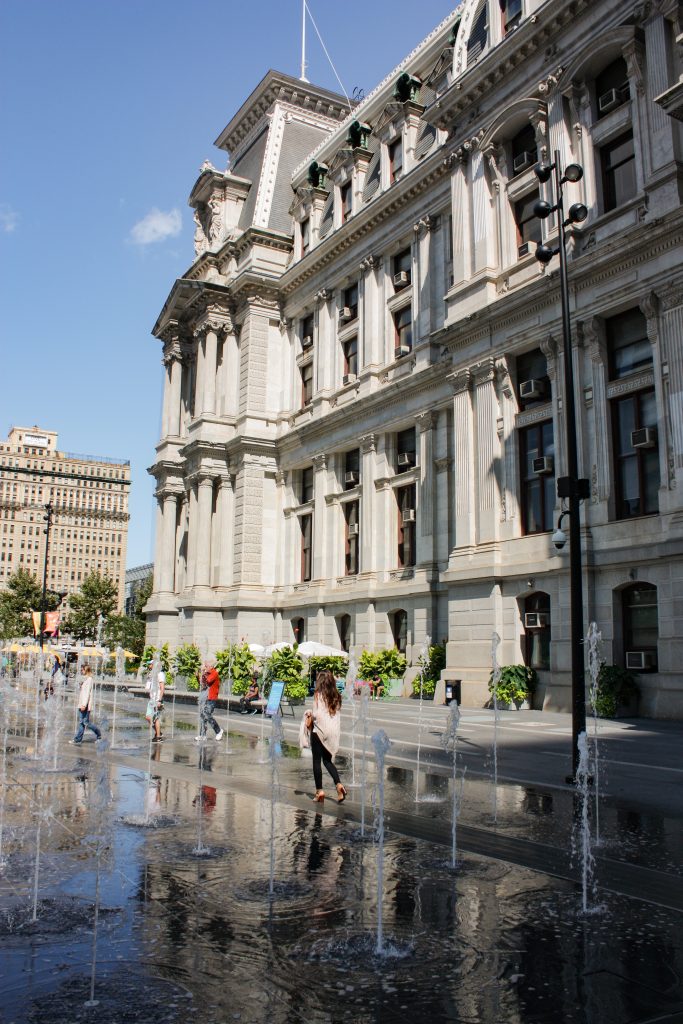 You will notice a theme to many of our travels, and that is that there is never a time when one of us isn’t already thinking about food and the next meal. At this point, we were conveniently close to the Reading Terminal Market and stopped in for an afternoon snack. 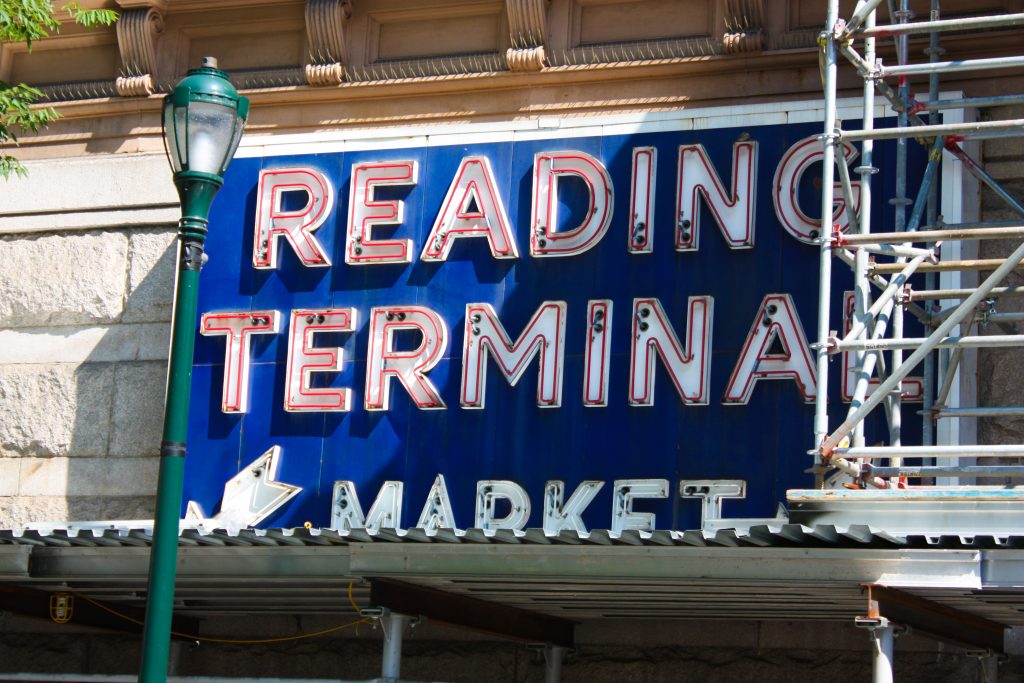 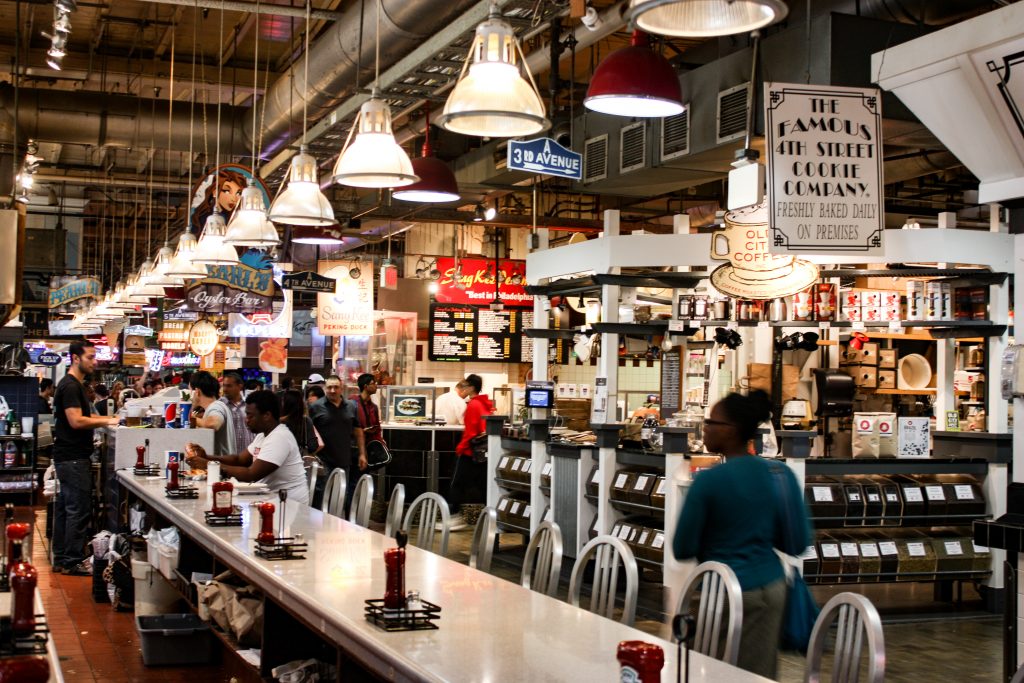 We had to hit the road to make it all the way back to Baltimore for our evening flight back to reality. We made good time though and were able to take a detour through downtown Baltimore. I must confess that Baltimore has not been a city on my “must see” list nor did I really know much about it. With only about an extra hour to spare, we focused in on the Inner Harbor. This seems to be the place to be if you are a tourist in Baltimore. We passed by all the typical tourist attractions and walked the Federal Hill neighbourhood, which gave us flashbacks to our Society Hill adventures only a few hours before. 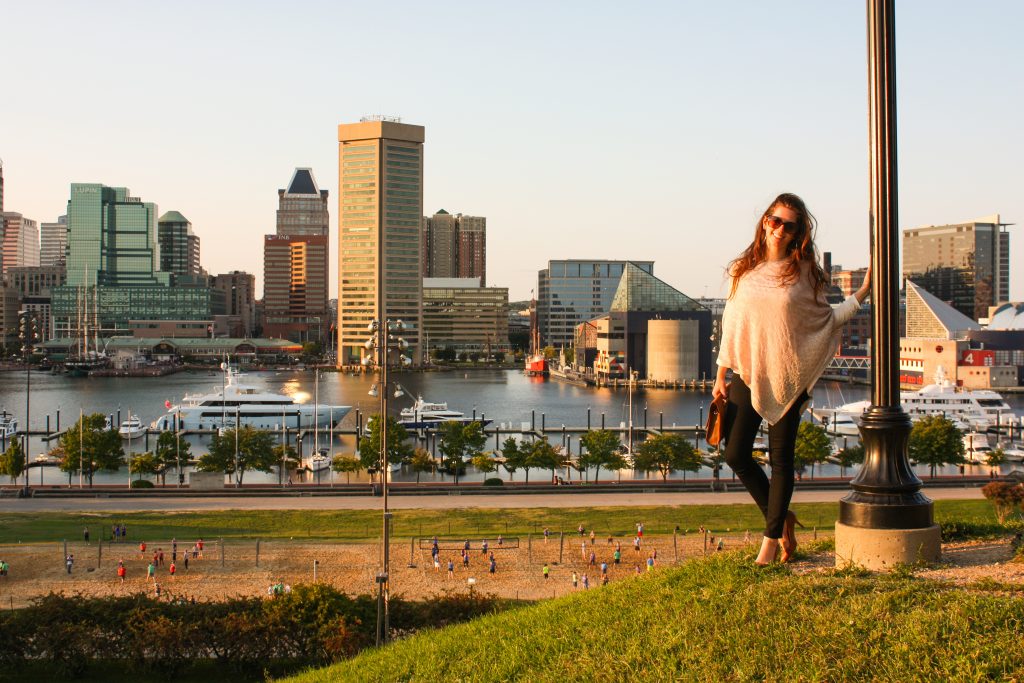 This was a perfect place to sit back and relax and recap our weekend of adventure, all the while watching the sunset over the city.

A One Day Taste of Dar es Salaam, Tanzania

Fly To New Zealand On A Budget